For those of you who happen to be Jewish:

Shana Tovah! May you have a happy, healthy and sweet new year.

Actually, the good wishes apply to everyone.
Posted by Caitlyn Martin at 11:30 AM No comments: 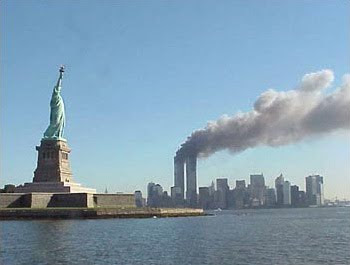 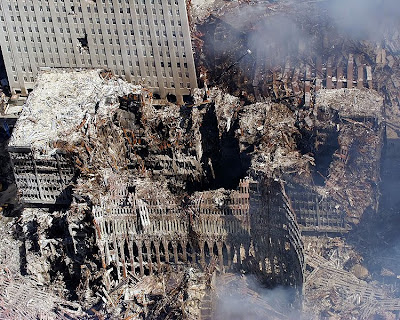 Posted by Caitlyn Martin at 5:58 PM No comments:

This is from an e-mail circulating around the Internet which someone in my family received:

You just spent $20,000,000 to move members/supporters of Hamas, a terrorist organization, to the United States ; They get housing, food, the whole enchilada.

Something happened.... H.R. 1388 was passed, behind our backs. You may want to read about it.. It wasn ' t mentioned on the news... just went by on the ticker tape at the bottom of the CNN screen.
Obama funds $20M in tax payer dollars to immigrate Hamas Refugees to the USA . This is the news that didn ' t make the headlines...

By executive order, President Barack Obama has ordered the expenditure of $20.3 million in "migration assistance" to the Palestinian refugees and "conflict victims" in Gaza . (...including by contributions to international, governmental, and nongovernmental organizations...") The "presidential determination", which allows hundreds of thousands of Palestinians with ties to Hamas to resettle in the United States , was signed and appears in the Federal Register.

It sounds really sinister, doesn't it? Thankfully it's all a pack of lies designed to mislead the ignorant.

If it's a House Resolution (H.R) it passed in the House of Representatives and is not an Executive Order. It would also have to pass the Senate and be signed by the President to become law. This person is mixing apples and oranges. Whatever they are concerned about can be either an Executive Order or a bill that passed Congress, not both. For someone who knows anything about how the American legislative process works that should be the first obvious clue that something is very wrong with this e-mail.

So, let's take a look at H.R. 1388 and see what it's all about. The title of the bill is: "The Edward M. Kennedy Serve America Act, an Act to reauthorize and reform the national service laws." It's an extension and expansion of the National and Community Service Act of 1990, first signed by President George H.W. Bush. In 1993 this was expanded with the founding of AmeriCorps, created by by the National and Community Service Trust Act of 1993, signed by President Clinton and expanded by 50% by President George W. Bush. H.R. 1388, which was signed into law back in May, is about Americans doing national service: public service work for the country. It has absolutely NOTHING to do with the Middle East or Palestinians or Hamas. After repeatedly mentioning H.R. 1388 the e-mail has no specifics and completely misrepresents the bill.

OK, maybe the author got his or her numbers wrong and really wants us to look at an Executive Order. He or she was even kind enough to provide a link to the Federal Register, so naturally I followed the link to see what it's all about. I assume the author was hoping that either nobody would actually follow the link or that they simply wouldn't bother to read the details. The Presidential determination in question, which I do remember well, spent funds already allocated for refugee assistance. It is dated January, a full eight months ago, and has nothing to do with any bill currently before Congress or which passed Congress recently. Second, the idea, as I read it, was to help people flee Hamas, not help Hamas. These are refugees from Hamas, not Hamas supporters. If you followed the news at the time you know that Hamas used the conflict with Israel as cover for arrests, torture, and murder of Fatah members in Gaza and any remaining non-Muslim Palestinians (mainly Christians) in the territory. The idea of helping these people did have support from members of Congress of both parties: the same members of Congress who voted unanimously to support Israeli defensive actions in Gaza just three weeks earlier.

The author goes on to list a bunch of other horrible things that President Obama has done, from closing Guantanamo (which hasn't actually happened) to federally funding abortions (which also actually hasn't happened). It ends with the ominous line: "We are losing this country at a rapid pace." Actually, the far right and the know-nothings among the conservative movement haven't figured out that they lost the 2006 and 2008 elections. They already lost the country as the American people have rejected their agenda.

What is so galling about this is that it's all lies. Nothing new has passed Congress, President Obama hasn't signed any new laws or issued any new executive orders regarding Hamas or the Palestinians. If he had I'd be the first to write about it. If this President supported Hamas in any way, shape, or form I'd be up in arms about it. Here's reality: it never happened. It's just part of the right wing smear campaign, the hatred directed at President Obama, which goes on each and every day in this country. It absolutely disgusts me.
Posted by Caitlyn Martin at 2:31 PM No comments: